On a long hike I like to have something to listen to, sometimes. On the PCT(Pacific Crest Trail) I brought a little Awia Fm radio. It weighed 1.7 ounces without the battery. For the Florida trail and the Appalachian Trail I brought a 5 ounce Sony radio that had am/fm, weather channel and TV band.

For the upcoming PCT trip I’m bringing the iriver T10 2gb MP3 player with fm radio. It weighs 1.7 ounces (48 grams) without battery. It has a little clip to clip it on to anything or clip it on to the neck lanyard it comes with. 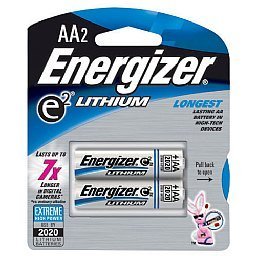 It takes one AA battery; the battery is supposed to last 45 hours. I put a lithium battery in it because it is lighter and last longer then a regular battery, so I’m thinking maybe it will last 100 hours on one battery.

If I super compress my files, I think I can get 100 hours of stuff on it. It also records, so a person could record their thoughts along the way with the built in microphone.

It comes with a pair of ear buds that won’t work because every time the wind blows they come out. So I have ordered a pair of Sony MDR-ED21LP Fontopia In-The-Ear Headphones, they weigh five grams (.18 ounces.) Even though they are in-the-ear style, they are supposed to allow you to hear what is going on around you. Update: I got the headphones. These are the same headphones that I have used for all my hikes. I thought they quit making them. They do indeed stay put when the wind blows yet they also let you hear what is going on around you. Highly recommended.

. Last summer, my son downloaded, for me, 300 hours of “This American Life”, a NPR radio documentary show. Sadly I have listened to all 300 hours–twice. But that would have made great listening, on the trail.

What I like to listen to at home is not the same thing that will get me down the trail. For music on the trail, I find folk, country and show tunes the most effective hiking music, with most stuff by Johnny Cash being about the most perfect hiking tempo.

3 thoughts on “Radios and mp3 players for the long distance hiker.”